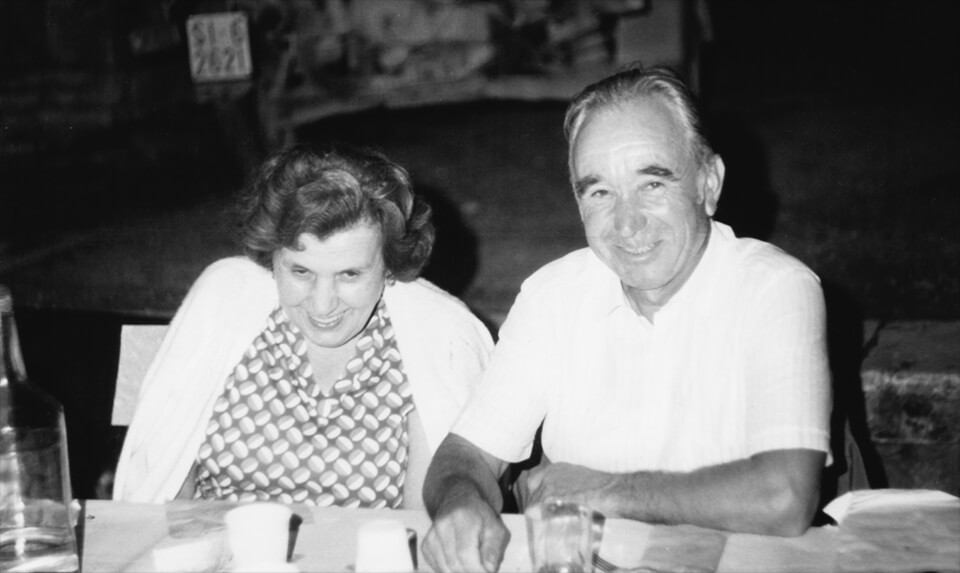 Fulvio and Renata Marcucci purchased 13 hectares of land near Tavernelle.

To begin with the property was composed entirely of grain crops and woods. A passion for agriculture and a strong belief in the potential of the land and microclimate which was soon to be rewarded, formed the basis of Fulvio and Renata's decision to invest their resources and energy in the production of wine and oil. They transformed a part of their property, gradually substituting the grain crops with specialized sangiovese vineyards and olive groves. In 1968 they planted the olive grove and the first vineyard, "Vigna dei Meli", from wich first Brunello di Montalcino and Rosso di Montalcino SanCarlo were produced in 1974. In 1986 the second vineyard was planted, the "Vigna del Picchio". In 2000 the third vineyard was planted, the "Vigna della sorgente" and lastly in 2006 the "Vigna del Mago".

At the moment the SanCarlo estate has 3 hectares of sangiovese vineyards, an olive grove that covers 1 hectare, an other hectare of crops and 8 hectares of woodlands.

The San Carlo estate is on the south west side of Montalcino. The property is located on a gentle slope at an altitude of 350 meters above sea level. The proximity of the sea, only 40-50 km south west, and the nearby hills that protect our vines from north and northeasterly winds, ensure a particularly favorable climate in this position, characterized by dry summers and the right quantity of rainfall in autumn. These conditions are ideal for ripening grapes. A family run winery from the start, the SanCarlo estate has counted on the passion and commitment of three generations thas far: Giancarlo, Fulvio and Renata' son, has managed the winery since 1999 and since 2007 Gemma has worked side by side with her father Giancarlo. Gemma and Giancarlo track every step of the production process, which is personally managed and controlled by them during the entire process.

Composition: 35% sand - 31% lime - 34% clay.
The soil is mixed and the proportion of clay ensures good water retention. However the soil is characterized by good permeability. This is an advantage due to the scarce rainfall typical of this area, thereby guaranteeing optimum growth conditions for the vine. The Ph is slightly alkaline. 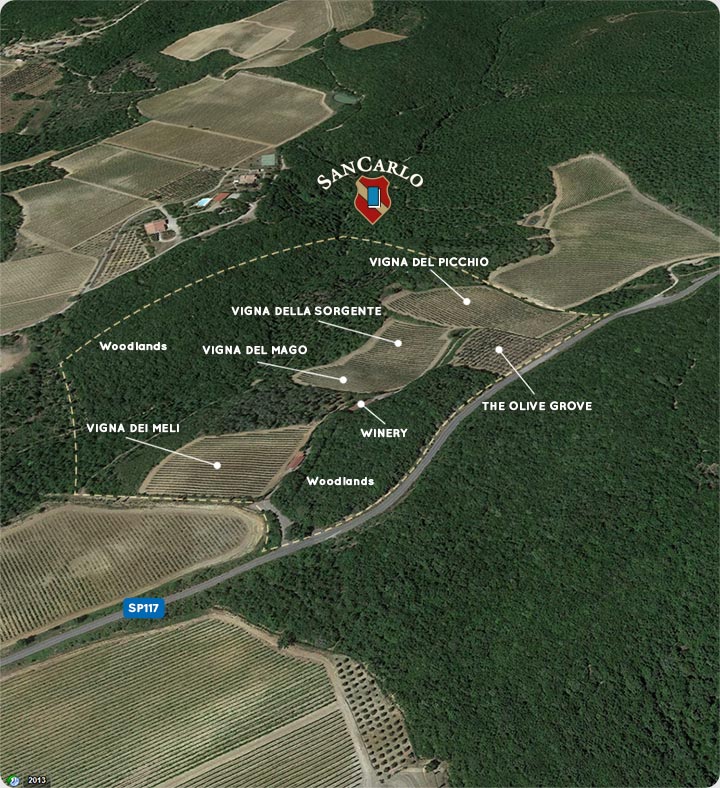 8,000 hectares of woodlands surround the entire property, giving the vineyards a natural protection against external elements.